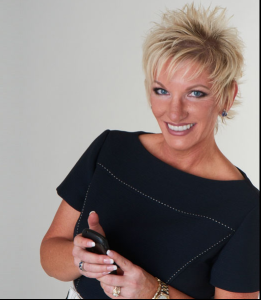 Listen to the Episode Below (01:19:35)
Play / pause
1x
1.5x
2x
0:00
0:00
01:19:35
volume
iTunesGoogle PlayShare Leave a ReviewClammr ItListen in a New WindowDownloadSoundCloudStitcherSubscribe on AndroidSubscribe via RSS
Get Inspired with More FREE Insider Secrets
Sign up today to get insight delivered directly to your inbox

In this Intentional Influence Podcast episode, Melissa Murray talks with Sheila Stewart about High Performance Brand Management Through Intentional Relations; Permission to be Powerful from a PR Pro!

Sheila often jokes that she was born a rebel, living on the Fun Bus of Life™ and being vocal. These qualities are with her today and have been foundational for her in building a global public relations firm, Sonic Seven Communications, an intentional relations firm that focuses on creating messages that matter and results that measure.  A refreshing approach that the firm’s celebrities, global corporations, lifestyle brands and entertainers appreciate.

No stranger to the advertising and PR world, it was 1999 when Sheila took her nearly ten years’ of experience and launched her first company, a full service international advertising agency.  Her only assets were her tenacity and drive to succeed.  In six years, she was able to build it to an award winning status with over 150 team members around the world working with clients such as Doubletree Hotels, Marriott Hotels, Parke Davis Prozak, TeleMatrix, Verio and Signator John Hancock.

She sold the company in 2005 and took a one year hiatus, during which time she wrote a series of 24 books creating a marketing system geared specifically for entrepreneurs and small business owners.  For the next three years, she toured throughout the U.S. and Canada speaking and living her passion for marketing sharing the stages with the likes of Michael Gerber, Les Brown, Kevin Harrington, Christine Comaford and several other highly acclaimed speakers.

During that time she authored two additional books focused on entrepreneurship: Backwards in High Heels – A Woman’s Guide to Succeeding in Business (foreword by Dr. John Gray – author of Men are from Mars, Women are from Venus) and 99 Killer Business Ideas.  Over the years Sheila has appeared on a number of major television networks – ABC, NBC, Fox and the Word Network – as well as on nationally syndicated radio and in various print publications.

In this episode, you’ll learn:

–  The Formula for Reputation Management

–  Strategic Press Releases and Media Alerts That Are Relevant And Timely

–  How to Spin Responses During Media Interviews

–  Why You Need To Put Your Media Glasses On!

–  Discovering Yourself; It is Not Reinvention!

In this episode we mentioned several resources:

Related Articles, Books, Blogs and Videos on This Topic

This episode of Intentional Influence is sponsored by Endurance Sportswire, the only press release distribution service specifically for the running, cycling and triathlon industries, and your best source for endurance sports industry news, jobs and announcements.